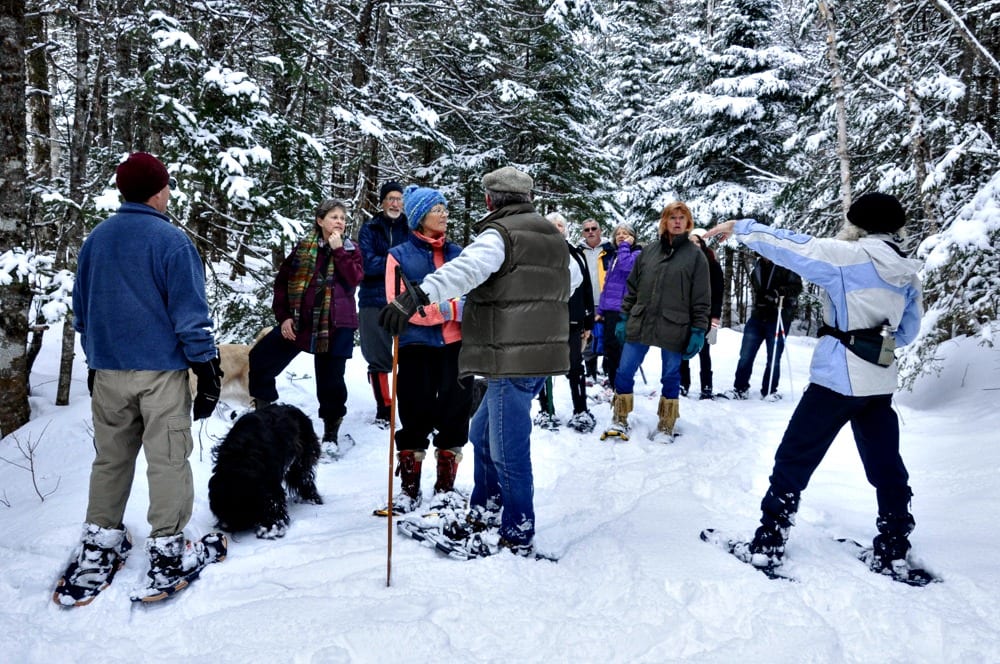 Every Saturday are weekly hikes, led by members of the St Ann’s community,  just off the Cabot Trail. They are open to local folks, guests and other visitors. Often the number of people just barely outnumber the dogs along for the adventure (our dog, Cosmo, is delighted by the ratio.) Sometimes we hike, other times we’re on snowshoes.

Last Saturday, we did a hike on part of a trail re-named in the 18th century when the English defeated the French in this area — their surveyors called it the “Old Trail”. 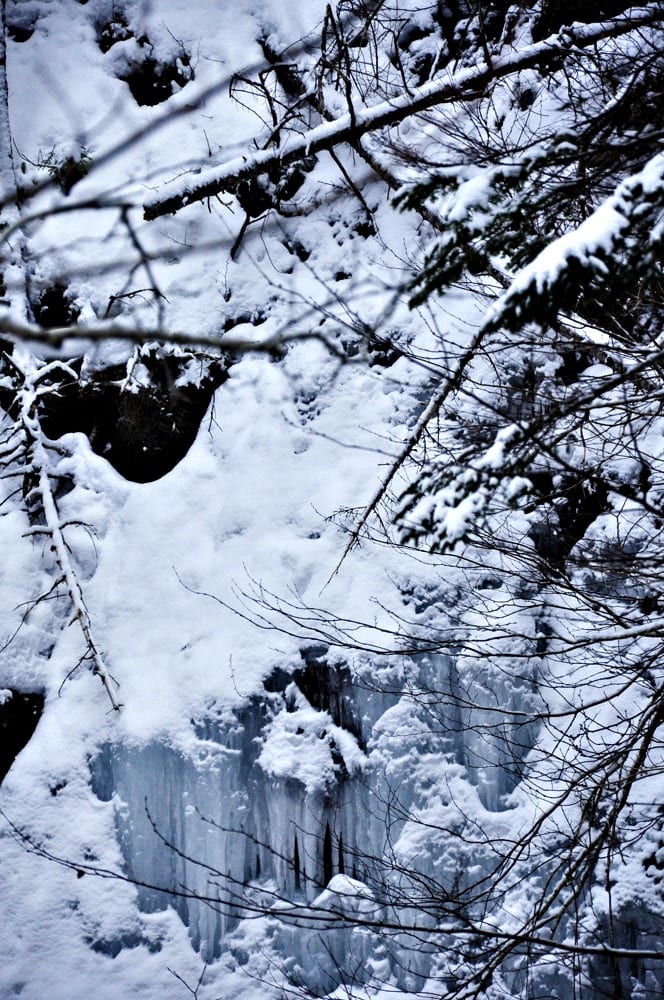 …and some surprise waterfalls along Goose Cove Brook, which is reputed to have more falls along it than anywhere else in Nova Scotia. 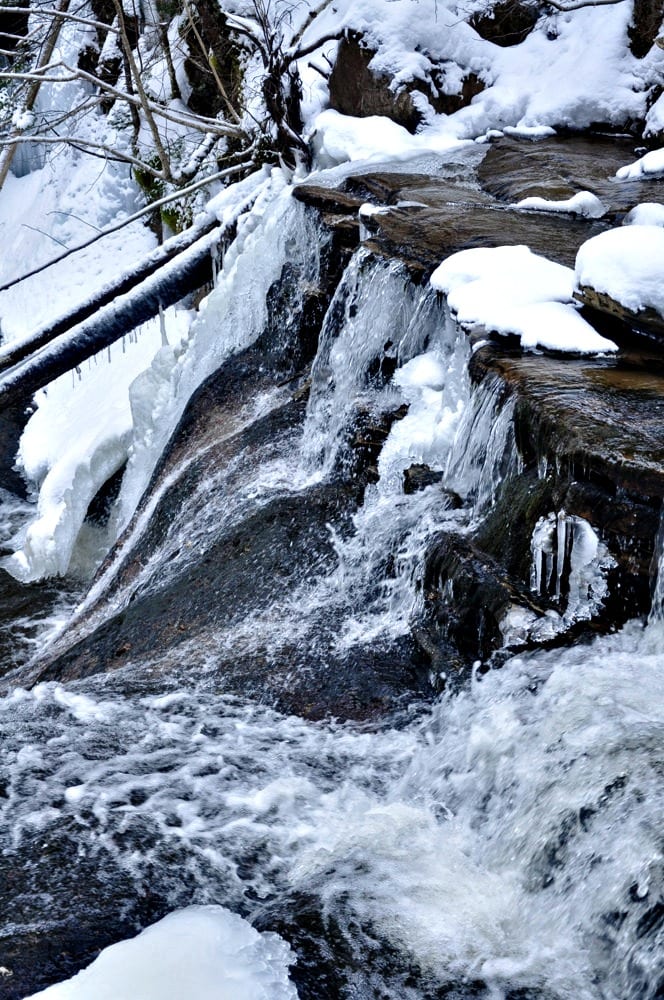 If you are interested in Nova Scotia waterfalls, or at least Cape Breton waterfalls, have a peek at our article on our “Three Favorite Waterfalls” (during summer, at least!)

Also, during this hike, we found out about the “old trail” which we followed.  It was named by a group of surveyors hired by officials from mainland Nova Scotia during the 1850’s.