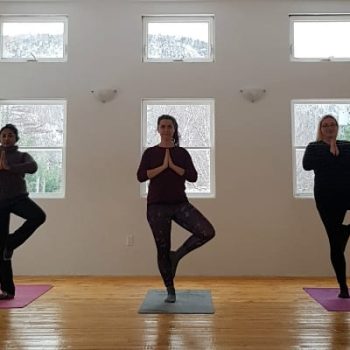 How do I purchase Gift Certificates? Purchase one of this value vouchers: Just click on your preferred amount to buy, fill out your details and we send you the certificate per mail and/or email. These Gift Certificates do not include tax and are valid through December 31st 2018: $30 | $50 | $75 | $100 | … 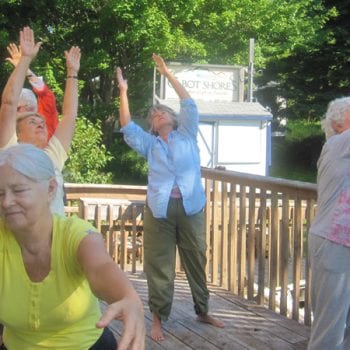 At Cabot Shores, the Healing Arts are interspersed into many of the activities available to our guests. Morning Qi Gong is one of these. Our experience is that when we begin our day with even a short set of contemplative movement, we are more available to the other activities we engage in throughout the day …

Have you always wanted to visit Gampo Abbey  or Kalapa Valley but don’t know how to get there and/or need a guide? This tour may be of particular interest to people doing Shambhala retreats at Dorje Denmaling near Tatamagouche or visiting Halifax. Cabot Shores is the ideal place to begin a tour of  Kalapa …

A group of Road Scholars gathered for a series of June of Adventures
at Cabot Shores Wilderness Resort on Cape Breton Island, Nova Scotia.  This was
followed by an Intergenerational Program in July.  In September and October, two
more sessions will be at Cabot Shores.

For the June retreat, the Road Scholars  hiked to waterfalls and along the Atlantic; had guided experiences
in native Mi’kmaq and Gaelic culture; heard and made live music; ate
local lobster and wood-fired pizza; did Qi Gong and laughing yoga, and learned about the
local wildlife, both from land and on a trip to the Bird Islands, led by
experienced local guides and […]