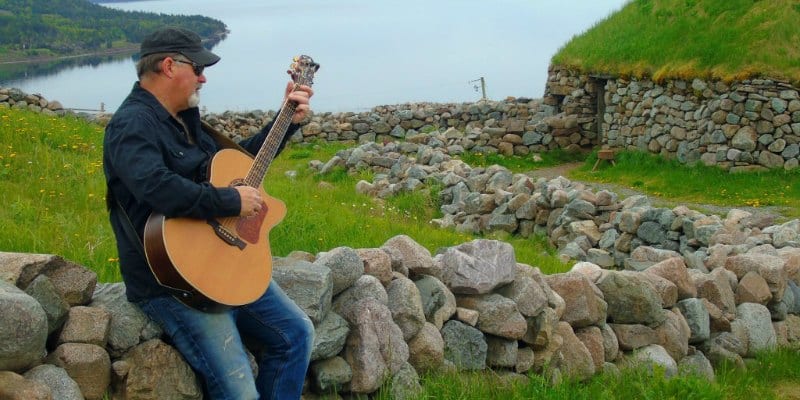 Join us for an evening of delicious food and fantastic music with special musical guest Tom Mills!

Enjoy our Chef’s Feast with fresh, local food prepared by our talented Bistro chefs Ron and Nicole, including seafood, meat, and vegetarian dishes. Gluten-free and vegan options available upon request.

$15+tax (ticket only). Click here to purchase concert tickets only.

Tom Mills is a singer / songwriter / multi-instrumentalist from Cape Breton who has been involved in the local music scene for over 30+ years.

He is actively writing, recording, and playing various pubs, private shows, and festivals around the Maritimes and has just released a self-titled open-tuning instrumental Celtic Style CD for guitar in 2017 entitled “Full Strings Ahead“.

Tom played in a dozen or more cover bands throughout the 80’s and 90’s and began writing original material and recording around 2007 with a band called The Mizzen Men “Folk Songs & Sea Shanties”. Songs like “Steel Winds” and “That Maritime Song” were recorded on that project and garnished a fair amount of airplay on local radio stations in Cape Breton.

One song on the album “I Like Girls” was featured in the soundtrack for a local Comedy Horror Flick “The Legend of the Psychotic Forest Ranger”. With hard driving rock riffs and satirical lyrics that poke fun at the 80’s, the movie was written and directed by Brad Mills (Bradmills.ca) and filmed by his sister Jacquelyn Mills (Jacquelynmills.ca), both born and raised in Cape Breton (Tom’s children).

Most recently, Tom was asked to re-record his song “Steel Winds” for the “Songs of Steel, Coal, & Protest” album project released in 2016 by Richard MacKinnon, the project coordinator and also a CBU professor.

This album is a collaboration between Richard MacKinnon and Cape Breton musicians to record and promote songs of steel, mining and protest songs of the region (Cape Breton) – http://protestsongs.ca/volume-2

This event is part of the Cabot Trail Acoustic Festival Series (sponsored by the Good Health Festival Society).