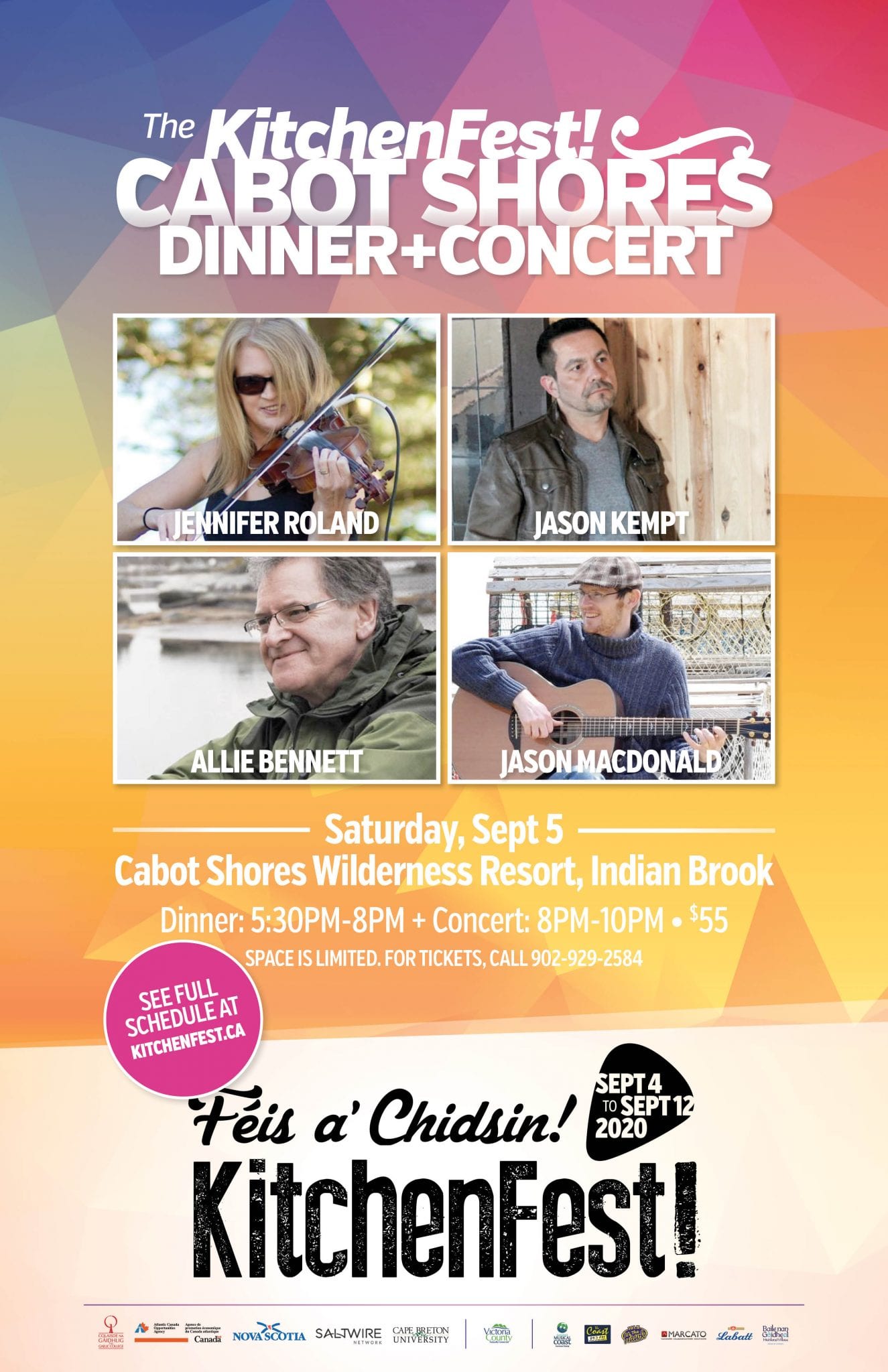 Jennifer Roland: For years, Jennifer has been wowing audiences across the globe with her emotional and energetic performances. She has three albums to her credit—two of which earned her East Coast Music Award nominations in the Instrumental Recording of the Year category (2001, 2007). Jennifer continues to tour, compose music and owns and operates her own school of music & dance.

Jason Kempt: Having gotten his fingers on his grandmother’s piano at the age of three, Jason doesn’t remember life without music. He has traveled the world with piano in tow, and has written, directed and performed in shows throughout the Maritimes. He has been a staple entertainer at Louisbourg Playhouse for 21 years, keyboardist for local favourite Kintyre for 20 years, and has a solo CD to his credit – “Live at Telegraph House.”

Allie Bennett: Sydney Mines, Nova Scotia native Allie Bennett is in his 40th year in the Canadian Music Industry. He has toured Canada, the U.S., Britain, Sweden, Australia, Germany, Austria and Switzerland. As a studio musician, Allie has over 150 album projects to his credit, and his name appears on over 1,000,000 units sold in Canada. He has worked with John Allan Cameron, Rita MacNeil, Stan Rogers, Murray McLauchlan, The Rankin Family, The Barra MacNeils, Mary Jane Lamond, Natalie MacMaster, Ron Hynes, Bruce Guthro, Dave Gunning, Howie MacDonald, Ashley MacIsaac, Raylene Rankin, Jimmy Rankin and many more. Allie was Musical Director for the 1995 East Coast Music Awards. He was also band leader for the 1997 and 1998 editions of the Cape Breton Summertime Review and the 2000 and 2001 productions of Howie’s Celtic Brew. In 2003 he was Musical Director of The Rise And Follies Of Cape Breton – The Second Coming. In 2004 Allie released a fiddle album, his first solo project aptly titled “It’s About Time”, and in 2005 he was presented with the East Coast Music Association’s Musicians Achievement Award. He lives in Cole Harbour, Nova Scotia, where he operates a private music school teaching fiddle and guitar, as well as teaching at the Halifax and Bedford Long & McQuade Lesson Centers. Allie continues to work as a studio musician, and tours occasionally with Dave Gunning, as well as a solo performer. In the fall of 2013 he released a new recording called “Full Circle” which is mostly instrumental with some vocal tracks as well.

Jason MacDonald: Jason MacDonald is an entertainer and recording artist who reels listeners in with his dynamic acoustic musicianship and keeps them beguiled with his storytelling through the authentic songs he writes based on real-life experiences. The home he makes with his wife and two young daughters in the close-knit community of Gabarus Lake, Cape Breton, both in and out of doors, is a source of songwriting inspiration that seemingly never goes dry. Jason draws on the stories of his family — including his grandparents — who had deep roots in the Gabarus Lake area, not to mention his own experiences fishing lobster, building houses, crafting furniture, growing Christmas trees, hosting a radio program, and, of course, writing songs and playing his music for fans from Mabou to Milwaukee. He draws inspiration from his listeners as he travels a steady circuit that includes Cape Breton, mainland Nova Scotia, Prince Edward Island, New Brunswick and the New England states, not to mention the fellow singer-songwriters he interviews on his show “Meet The Music” on The Coast CKOA 89.7FM radio station.