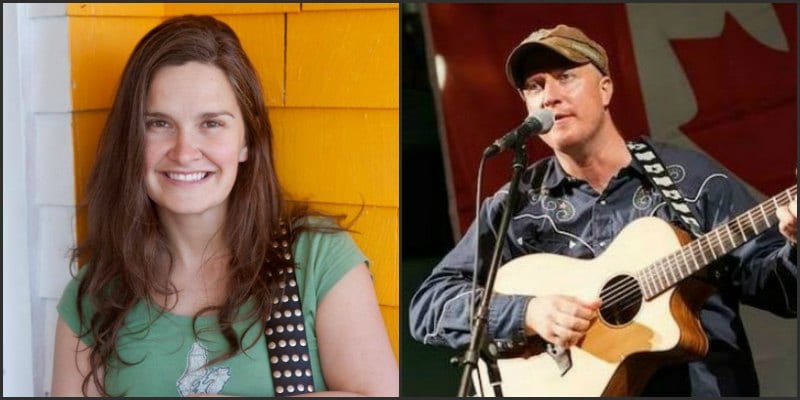 Join us at Cabot Shores Friday, October 19th for an evening of music!

Billie Yvette is a singer songwriter from Cape Breton Island. With melodic vocal arrangements and lyrics that are thoughtful, poetic, or tongue-in-cheek, songs are a sometimes pure, sometimes quirky, sometimes bluesy, and often a little country-flavoured blend of folk. Alicia Penney will be joining Billie Yvette on bass.

Neil McDaniel is a singer and multi-instrumentalist from Margaree Forks, Cape Breton. His past recordings have earned him a nomination for an ECMA and a Canadian Folk Music Award. This year Neil will be releasing a new collection of songs featuring compositions on mandolin, tin whistle, piano, and guitar. In combination with original material, McDaniel is true to his Irish and Scottish heritage which is evident in his dynamic repertoire of Celtic-folk Roots based music.

Neil has performed throughout Canada, Ireland, France, and Japan. In fact, he has been living in Japan the last few years which has really broadened his musical horizon. This has also lead to an ongoing collaboration and a new album as well that will be released in 2018.