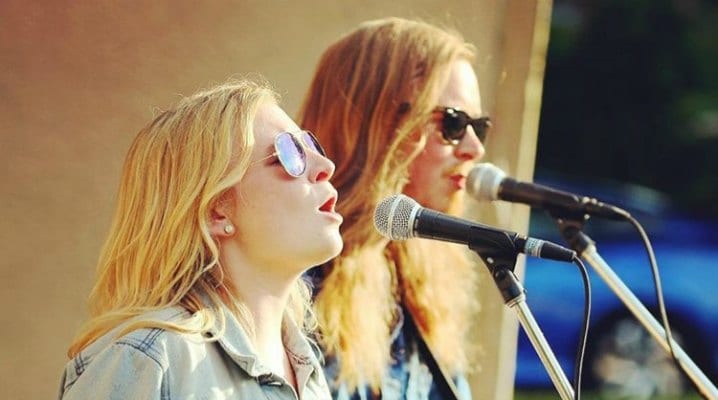 Join us for an evening of delicious food and fantastic music with talented local singer/songwriters Margaret MacPherson and Jordan Musycsyn!

We prepare a variety of delicious dishes featuring local seafood, meats and fresh veggies, including vegetarian and vegan options. Bar on site. Dinner reservations required. We seat between 5:30-8pm. Concert from 8-10pm.

Margaret MacPherson has been singing & performing on stage for the past 13 years. Growing up in Sydney has given her many opportunities to star in dinner theatres, musicals, and concerts. She has been honoured to share the stage with many talented artists at Celtic Colours, Nova Scotia Music Week, Makin’ Waves, Christmas Daddies and many more. For the past 4 years, Margaret has been in the Cape Breton Summertime Revue alongside Jordan Musycsyn and is looking forward to another summer full of laughs and songs.

Jordan Musycsyn is a hard-working singer/songwriter, is a masterful storyteller writing songs about life and love with pathos and humour in a Folk/Americana style. He sustains a busy touring schedule throughout Canada in support of his sophomore album ‘Old State Of Mind’(2017, nominated for Music Nova Scotia award for best Americana album of the year). Drawing on his own life experiences he writes relatable songs of love, loss and the human condition. A dynamic performer, Jordan moves the audience from laughter to tears and back again. His first album ‘The Pitch’ (released in the fall of 2014) was nominated for 2 Music Nova Scotia awards.  He has toured across Canada many times playing his songs solo, with his band, with the Cape Breton Summertime Revue and Tis The Season.