Last e-letter, Dr. Paul and Barbara were absent because they and family (daughter Ruby and son Louis) were hiking in Colorado and Utah–truly   fantastic landscapes–very dry and offering a different kind of magical, nature connection than Cape Breton, where the Highlands meet the sea, yet equally vivid and awe-inspiring….We followed our own advice, to have at least one adventure a day–mild to wild.

Where did we go and what do we recommend?  Places like Mesa Verde and Canyons of the Ancients near Cortez, Colorado;  Arches near Moab, Utah;  other spots in eastern Utah including Natural Bridges National Monument with bridges formed over 250 million years and Butler Wash with amazing cliff dwellings and caves…

Barbara took some time to photograph some of these treasures and describes them below:

Cliff Dwelling in Butler Wash, Utah, dating from the 1200’s

On our way to Fish Mouth Cave, in Butler Wash, seen in the distance. Butler Wash is located on Bureau of Land Management, not in a national park, thus the trails are rudimentary, with trail heads difficult to locate; finding our way often requires trial and error. 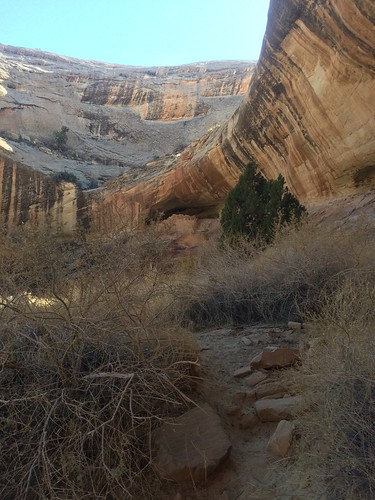 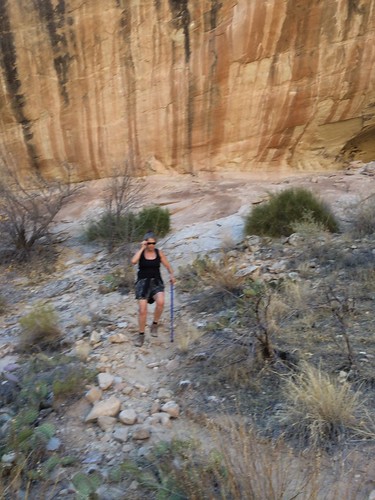 Barbara returning from Monarch Cave over slick rock and prickly pear cacti–no one else on these magnificent trails that day.  Bureau of Land Management Land areas  provide a sense of the wildness of the space, and impose little artificial human organization. 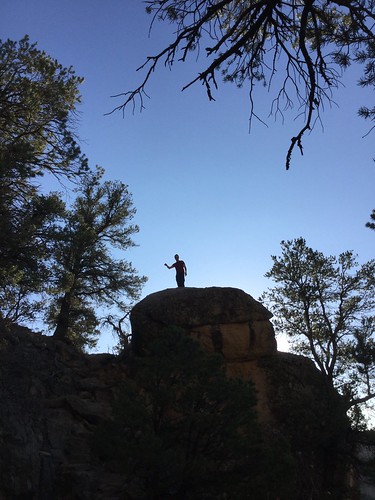 Louis on a Mesa Verde peak of the  Cliff dwelling trail.

Notice cliff dwelling in the cave on the right.

We stayed at a wonderful place the last two falls with Bill and Joanne Teetzell.  They are incredible artists, hospitable and make their homes out of adobe.   There is an underground green house and a pond, all overlooking Mesa Verde.  Check them out at Colorado Lamp Works and you can book thru airbnb or call Cabot Shores for a direct connection to them.

Here is the house we stayed in. 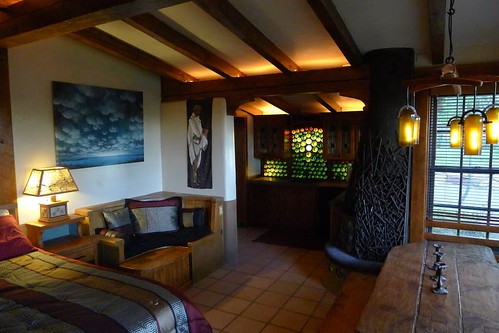